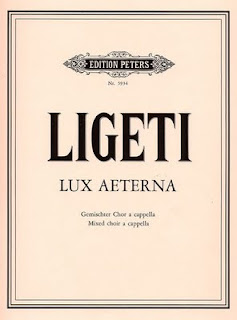 Who ever thought the world is so small...but same time so hard to paint it as Steve Wright used to say...Transilmania's nest released Gyorgy Ligeti , the one who composed the soundtrack for Kubrick's Space Odyssey, The Shining and many others... Thanks to George Rozor for this find.